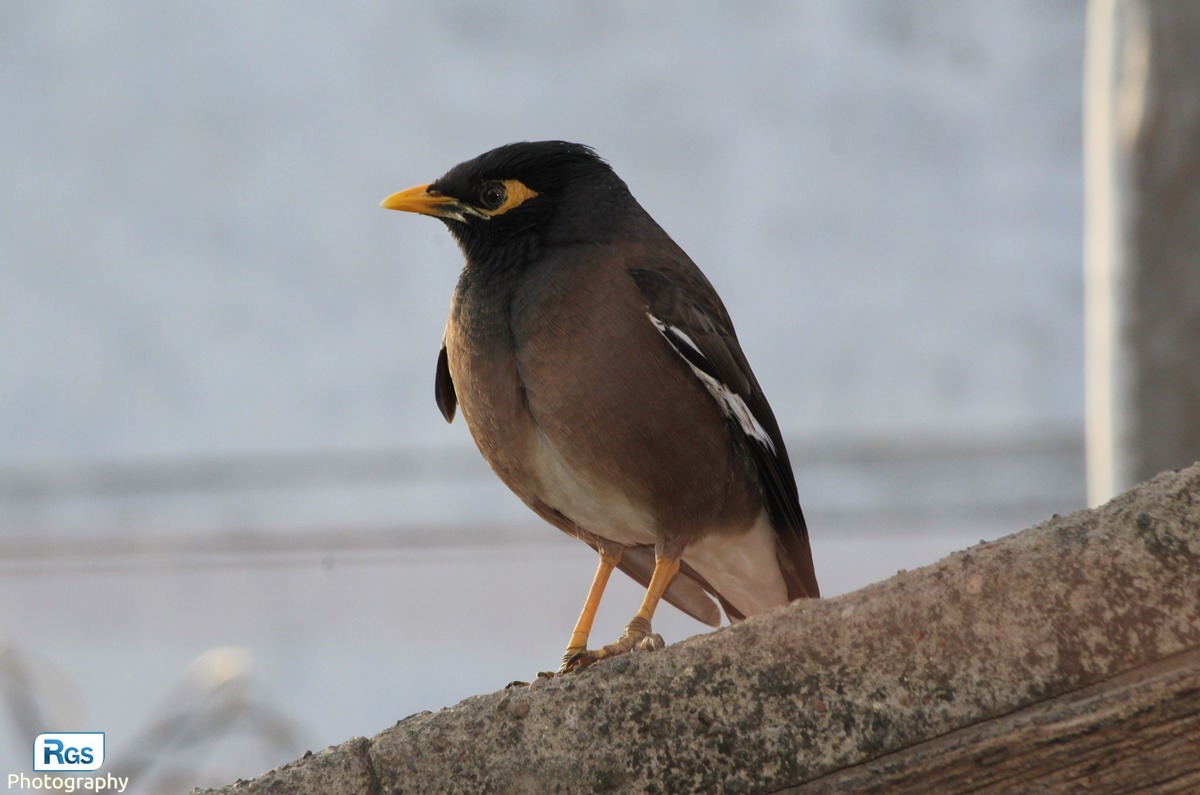 The Kabar which is known as common Myna or Indian Myna. It is a member of the family Sturnidae native to Asia. You can identify this bird by its brown body, black head and legs are bright yellows. The Scientific name of this bird is “Acridotheres tristis“. The IUCN: the International Union for Conservation of Nature declared this myna as one of only three birds among the world’s 100 worst invasive species(Source: Wikipedia). This bird is very common in the residential area.There are some interesting facts about common myna which I am sharing with you today:

I have captured this photo of the myna at Limbdi, Gujarat, India in the early morning. Every morning, they come on the roof to eat gathiya. If my father would delay their diet, they will start shouting loudly. You can see the aggressiveness clearly in the photo. They are aggressive but do not harm people. If you like a photo and description, don’t forget to write in below comment box about it and share it with your friends.

The photo was taken at Limbdi, Gujarat, India